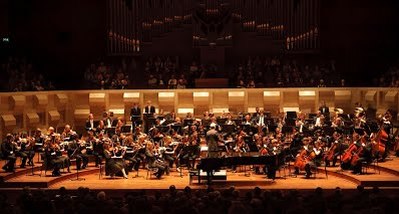 Irene Gabarron was born in Murcia (south of Spain). She began playing flute eight years old in the music school of her village. She finished her career in Spain, with José Fernández Vera, Ana María Alcaraz and Juan Fco Cayuelas Grao as teachers, at the age of 23. After that, searching to further improve her playing she went to Holland. She found in Rotterdam one of the best environments and teachers (Vincent Cortvrint, Jo Hagen, Herman Van Kogelenberg and Juliette Hurel) to develop herself, obtaining the Bachelor and Master of Music (Flute and Piccolo) in its Conservatory (CODARTS). She has received masterclasses as well from Emily Beynon, Samuel Coles, William Bennet, Vicent Prats, Joaquín Gericó and Julia Gallego, among others. 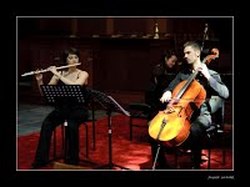 As chamber music player Irene has a long trajectory with different groups (flute quartet "Sons files", wind quintet "Aurum"...) receiving first and third price in the IV and II edition of the National Chamber Music Competition “Francisco Salzillo”. Now she is inmersed in her ensemble “Scherzando Trio” with clarinet and piano and the flute duo "Flautas Mágicas"

Besides her classical experience, during the last years of her musical education, she found an amazing environment full of great musicians that made her to be interested in other musical styles. This situation, together with the yearning of her country, made her rediscover and learn to love the music of her roots, Flamenco. In Rotterdam she has attended masterclasses from such an important flamenco artists as Arcangel, Miguel Angel Cortes, David Peña Dorantes, Diego Amador, Diego del Morao, Diego Carrasco or musicologist Faustino Núñez.

Currently she is developing and enriching her style through the flamenco and folkloric music, being part of the bands “Haymah” and "Bridge Ensemble", resident in Rotterdam, and collaborating in many other projects both in Holland and Spain.
Powered by