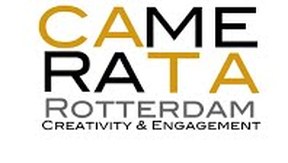 Camerata Rotterdam is an ensemble stablished in 2009 by young musicians with an international backgroung who graduated from the best conservatories in The Netherlands and abroad.

They get together under the artistic leading of Spanish conductor Roberto Bautista with the common ambition of:

- The orchestra made last October a fundraising concert for the cancer research at Erasmus University in                         Rotterdam.
- And some concerts for the patients of Erasmus MC
The ensemble has already toured extensively through The Netherlands, including its debut at De Doelen Concertgebouw in 2011 and the Red Ear Festival where they premiered three ballets in collaboration with the Rotterdams Dance Academy.

Camerata Rotterdam is a versatile ensemble that performs as in chamber music groups, an small string ensemble, a complete chamber orchestra formed by around thirty-five musicians, or even as a complete symphonic orchestra.
ARTISTIC LEADER 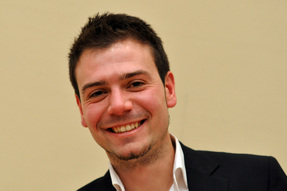 Roberto Bautista is a promising young conductor. He has being praised as a conductor of a great natural talent and has been the only musician in the history of The Netherlands who was directly accepted in the Master program of orchestra conducting without having any previous experience in the field of conducting. Moreover his studies were supported by Nuffic HSP, a prestigious scholarship programme by a Dutch foundation that supports highly talented students.

In October 2012, he graduated with honours with a Master degree at Rotterdams Conservatorium.


Roberto Bautista studied in the class of Hans Leenders at Rotterdams Conservatorium, and has also taken part in masterclasses by Frans Bruggen, Jorma Panula, Martin Sieghart and Arie van Beek.

He is often requested to conduct other orchestras as the New International Symphony Orchestra, the Chopin Ensemble or the Codarts Ensemble. In the field of the opera he has recently conducted Dreamscene by David Prins and in September of 2013 he will be the musical leader and conductor of the musical Bevoice in Berlin.
Powered by